Showing posts from June, 2013
Show all

Here I Am Lord 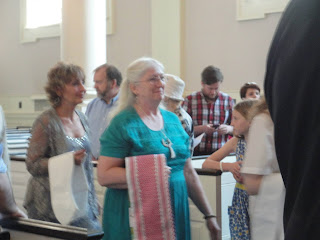 Officially, I have been an interfaith minister for one week, today.  I am finding it surreal that, just seven days ago, I walked down the aisle of All Soul's Church in New York City, choking out the chorus of "Here I Am Lord."

Processing into Church
This past week, I have meditated on how I got to this point in my journey.  I remembered the discussions, as I child, with Sister Superior.  She had asked me what I wanted to be when I grew up.  I told her a priest.  She said girls can't become priests; however, I could become a bride of Jesus by going into the convent.  No Way!  I didn't want to be married to Jesus, I wanted to be one of his buddies. Clearly, I had a lot of problems when I voiced this to Sister.

As the years moved by, I became more articulate with what I beli…
5 comments
Read more 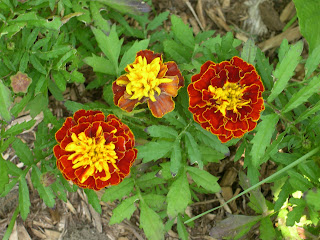 One of the preparations from ordination has been to spend time in meditation.  I will admit, I have a difficult time with the traditional, sit-on-the-cushion-empty-your-mind form of this spiritual art.  For me, meditating while doing something, such as walking a labyrinth or gardening, is far more effective.

As I was gardening yesterday, I suddenly realized that many of our flowers/plants have been given common names that are linked to the Sacred.  In my garden alone, I have Jacob's Ladder, Moses in the Cradle, Solomon's Seal, Marigolds, Monk's Hood, Rose of Sharon, Lily of the Valley, and Star of Bethlehem to name a few.

Marigolds - named after Mary, the mother of Jesus. But, also a sacred plant to the Hindus, where it is called Genda, possibly named after the Gonda people, who have a myth about the origin of the flower. The Marigold's genus name, Tagetes, comes from the Etruscan god of wisdom, Tages. 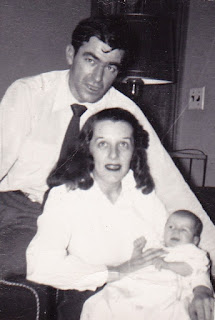 Over the years, I have written poems about and for different people in my life.  I have shared many of them here, knowing that the words I write might also touch another's heart and soul.

With Father's Day fast approaching, I thought I would once again share a poem I have written to honor the men in my life.
For my Dad, who died over five years ago, but he is still such a huge part of my life.


For my brother, who lives not too far from me, was my childhood buddy and co-conspirator.  During our teens through our forties, we didn't see much of each other, but now, we are able to share with each other, regularly.

For my sons-in-love, the young men that have fathered my grandchildren and cherish my daughters. They constantly amaze me with their talents, creativity and wisdom.


For my sweetheart, who is one of the most sensitive, loving fathers I have ever met.  His ability to guide, rather than push; to advise, rather than dictate and love unconditionally are what make him such …
2 comments
Read more
More posts