Showing posts from February, 2017
Show all

Overcoming the Loss of a Loved One 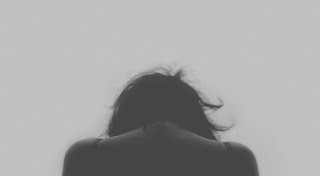 Welcome, Jennifer.  Thank you for sharing your wisdom with us all.

Overcoming the Loss of a Loved One: The importance of self-care amid your grief
Finding the strength to cope with the loss of someone you love is one of the greatest challenges life has to offer. The process takes time, and there’s no exact road map for which reactions or feelings you might have along the way. Everyone copes in their own unique way, and will need their own time to do so. You can, however, make the conscious effort to make self-care a priority during this particularly difficult time.

What is self-care? Exactly what it sounds like: making the conscious effort to take care of your own needs. It comes in many forms, but it can be a…
Post a Comment
Read more 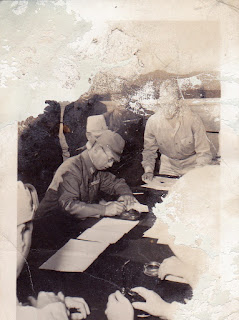 Signing of Armistice Aboard the USS Hyman Off the Coast of Pohnpei
Photo Credit: (c) 1945 John H. Neas, Jr.
Over 70 years ago, my father stood aboard his ship as World War II ended. He and his shipmates had liberated the island of Pohnpei. There was a story he told about the landing that still rings in my ears each time talk turns to the ideals of freedom, liberty and justice for all.
On the island, the Japanese controlled everything.  The Etscheit's, who owned a coconut grove, were placed into an internment camp. Carlos and Simmone Etscheit had three daughters, Yvette, Renee and Monique. In the evenings, the Simmone sewed scraps of material together in what appeared to be patchwork quilts.

On the day that the USS Hyman liberated the island, the three sisters ran to the beach with their mother and father waving their mother's handiwork. Under the noses of their guards, Simmone had sewn together a US and Belgian flag. She believed with all her heart that one day, the allies would l…
Post a Comment
Read more

Through the ages, poets have kept hope alive by fearlessly recording in verse the histories of people and events. They have put into words the pain and glory of cultures. Their words singing in the annals of time.
As a child, I learned more history from poetry than I did from history books. Something about a poem made the facts come alive for me. Verses from poems like Paul Revere's Ride and Old Ironsides stuck in my head.
For my children and my children's children, I write these words, inspired by signs I saw on January 21, 2017 at the Women's March in Washington, DC (and around the world):
I'M WITH HER
From the four winds, they called us to rise from our sleep and comfort, to rise from our work and pain.
Mother Liberty and Mother Justice called to us to raise our voices against iniquity, to raise our voices for freedom for all.
From the four directions, they called us to come together, hand in hand, to come together in peace.
Mother Justice called to us to march for t…
Post a Comment
Read more
More posts