Showing posts from May, 2009
Show all

They Gave Their All

May 25, 2009
Back many years ago, in a land far, far away, a young man, brother of a friend, was killed when his helicopter crashed into the jungles of Vietnam. His funeral was filled with other young people, some of us too young yet to serve, others waiting for their draft numbers to be called, and still others breathing with relief, knowing that their lives would not be disrupted by enemy fire or shrapnel or anti-aircraft missiles.

When the Vietnam Memorial was created, I found myself writing the poem below. I sent a copy to Dougie's sister, promising her that would bring a copy to put under Dougie's name at the memorial. It took me twenty years, but I finally got to Washington, D.C.

On a warm summer afternoon, surrounded by bird song, I walked the le…
Post a Comment
Read more

On the Turn of a Dime - Memorial Day Reflection 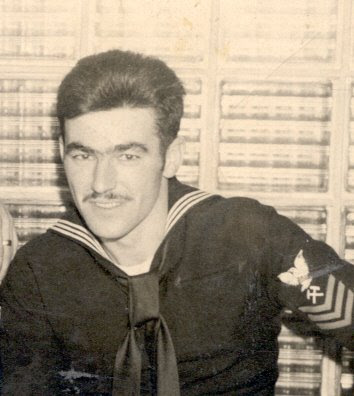 But for the grace of God...

Some sixty years ago, my Dad was aboard a destroyer in the South Pacific dodging incoming kamikazes. He was told by his CO to run down the deck for the fire hose. He went immediately, reaching the hose just as a plane crashed into the deck exactly at the place where his CO and he were standing minutes before. They never found the CO's body.

In those few minutes, the lives of my Dad, his children and his children's children - ad infinitum - could have been lost forever.

The first time I realized how tenuous this life was, was the Memorial Day when I was around 10. Mom told me this story for the first time. Dad didn't talk about the war, much. But, on this day, he added details that made my young mind grasp the enormity of the situation.

Had he hesitated to obey orders, if his CO had ordered one of the other men, if the pilot had moved the throttle a hair one way or the other, I would not be memorializing my Dad on my blog.

I would not be here. 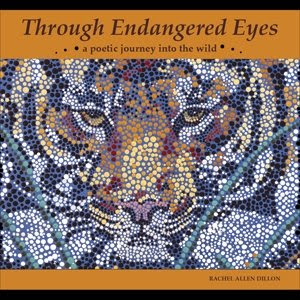 As I said on Tuesday, some of the books I consider to be on the top of my book list I have mentioned before, but will mention again.


Through Endangered Eyes by Rachel Dillon is simply beautiful! Her artwork is breath-taking and her poetry brings the reader to a clear understanding of the lives of these lovely creatures.

MyUncle Emilyby Jane Yolen and Nancy Carpenter introduces young readers to the poet, Emily Dickinson, through the eyes of Miss Emily's nephew, Gilbert. Sensitive and creative, Gilbert learns about life through his relationship with his "Uncle" Emily.


Recreating an old story can be challenging for an author. However, when one is a master storyteller like Julius Lester, the retelling is bright, interesting and captivating. Sam and the Tigers (a new telling of Little Black Sambo) is all of that and more. Illustrated by Jerry Pinkney, it captures the imagination of the reader with its colorful portrayals of Sam and his family.

Yipee! It is Children's Book Week!

I love to read children's books. Once my girls grew up, it was a bit wierd to tell people I was buying a children's book for myself. However, now that I have granddaughters, I get to collect children's books with a purpose, other than entertaining, educating, or informing myself!

This year, I have found several wonderful books that I would like to recommend. A couple I have already written about in the blog, but they are definitely worth mentioning again. Others are new to this discussion. Also, these links will take you to book lists that are recommended by children, teachers and young adults.


The Earth is Our Mother by Bev Doolittle and Elise Maclay takes the reader on a journey through Magic Canyon. It is filled with information on ecology, politics, anthropology, and art. The writing draws the reader in, captivating the imagination. The illustrations are breath-takingly beautiful. (The fact that Mother Earth is …
Post a Comment
Read more 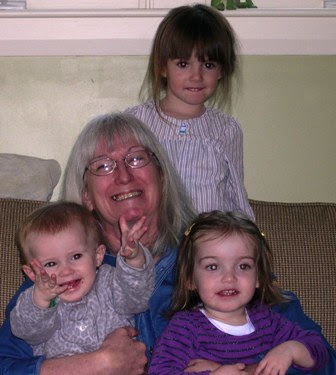 Since one of the best gifts my Momma gave me was poetry, I am sharing several poems I have written celebrating motherhood.I dedicate this post to all the mothers of the world. Those who can raise their children without fear, and those who struggle to give their children their best in spite of pain, disease, war, and famine. God bless you all!

Your blue eyes look
Wide-eyed in trust
As you nourish
More than just your body.

Love encircles you
As you dreamily hum
Your baby purr…
Deep satisfaction.

A song, half sung
Lulls you to sleep.
Peaceful, warm…
You are loved!

Our life is cluttered with little fingerprints.
They’re everywhere you look!
Gone are the days of clean TV screens,
Clean windows and un-smeared books.

Little fingerprints fill our days now,
And though I scrub most off, so smart,
The ones I wouldn’t dare to touch
Are the ones imprinted on my heart.

Tiny hands reach down to scoop
A golden bouquet of leaves. 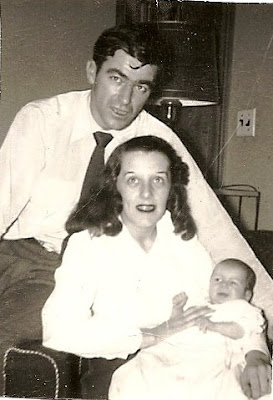 It was 1963. I was ten years old with a mind that questioned everything. Momma has spent a few dollars on corsages for herself and me. Mine was red; hers was white. Of course, I wanted to know why the difference. Momma explained that white indicated that her mother was in heaven and red meant that my mother was alive.

Being ten, this news did not have much impact on me. However, for the first time, I will be wearing a white carnation on Mother's Day. Suddenly, the signifigance of this simple tradition has great meaning to me. My mother is "in heaven" as Momma once said.

Where did we get this tradition? Would you believe the Greeks? Yes, the ancient Greeks were the first to celebrate a special day for mothers, actually, it was a specific mother, Rhea, whom they called mother of the gods. Later,
Christians began to observe a holy day for Mary, the Mother of God. The early churches crowned statues of Mary with flowers and held long processions carrying her statue th…
4 comments
Read more
More posts