Showing posts from April, 2009
Show all 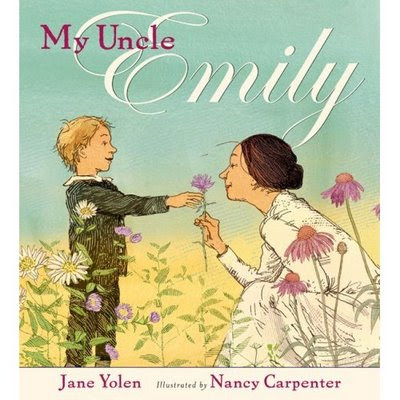 Emily Dickinson is, as many of you know, one of my favorite poets. There are BIG happenings at her house that began this month and will continue throughout the summer. The Big Read celebration not only will bring visitors the joy of poetry, and will allow them a glimpse at Miss Emily's life but also introduce several new books by local writers.

The following event, I highly recommend.

Jane Yolen is a prolific writer. I have been blessed to participate in a seminar in which Jane was a featured speaker. I learned so much from her! I also love that she wrote a book in collaboration with her daughter, Heidi E. Y. Stemple. What a great way to share what you love best!

In May, Jane will delight her readers with a visit to the Emily Dickinson Museum

The following is a press release from the museum: 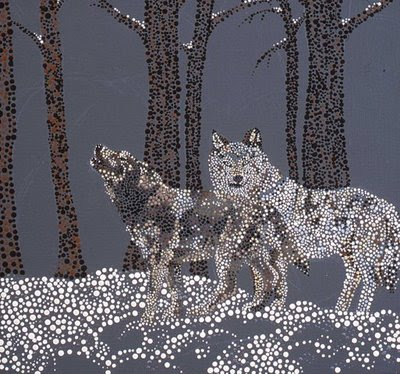 Yes, there is a great deal to howl about today!

I am honored to have as a guest to the blog, Rachel Dillon, the amazingly creative, poet and illustrator of the book, Through Endangered Eyes: A poetic journey into the wild.


"Rachel Dillon was born and raised in Madison, Wisconsin. She attended the University of Wisconsin, Madison and graduated in 1994 with a Bachelor of Science in Art, emphasizing in Graphic Design. Outside of art, Dillon held a special interest in evolution and extinction and took several classes in paleontology, and geology. Her passion for animals grew as she learned more about endangered species."

As part of the Women on Writing celebration of Poetry Month, a blog tour was created for Rachel to help get the word out about her exciting new book. I was fortunate to be chosen as one of the blogs she visited!

So, without further adieu, let us begin our interview: 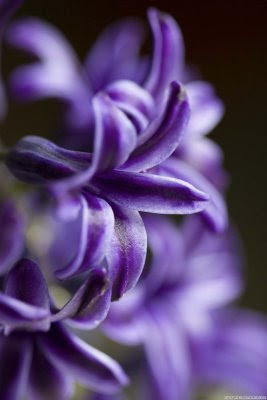 Human beings are members of a whole,In creation of one essence and soul.If one member is afflicted with pain,Other members uneasy will remain.If you have no sympathy for human pain,The name of human you cannot retain.
~~~~~~
Every year at this time, …
9 comments
Read more 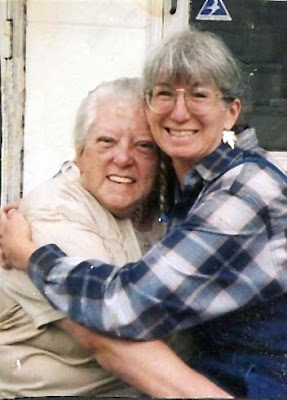 Often, I have used poetry as a means to heal. Something about reading words that paint a particular picture of life resonates with my heart and soul, quelling pain like nothing else will do.

Several poets have this ability for me - Edna St. Vincent Millay, for instance. Her poem, "Tavern," in which she writes about "grey-eyed people," always reminds me of Momma.

The last lines tell our story, "Aye, 'tis a curious fancy --/But all the good I know/Was taught me out of two grey eyes/A long time ago."


Tears well up in my eyes each time I read this poem. Not simply because Momma had grey eyes, but because it places Momma beside me in a way nothing else does. It is as if she is reading the words, again, with me...I can hear her and feel her presence. It is balm for my grief.

Perhaps it was because Momma was so sick that poetry was a passion for her; a passion she gave to me. I have often wondered if her doctors had been poets would she have received bette…
4 comments
Read more 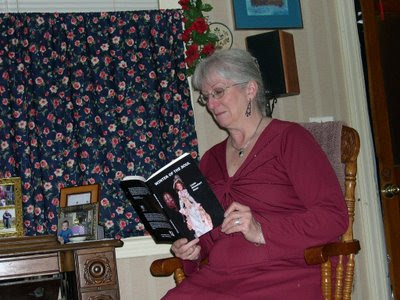 The poet at work

I cannot remember how I found the Poem-a-day challenge. It came, I think, in an email from one of the writing groups that email me regularly. It has changed everything I held true about myself and writing poems.

For years, I have said I could not write a poem unless I was "inspired." No poems on demand, for me. I only worked through the Muse, who, thankfully has been my constant companion for the past fifty years. After entering, on a whim, the Poem-a-day (PAD) challenge, I humbly admit that I had put great limitations on the Muse. Limitations that have, it would appear, only served to limit me! Shame on me! Mia culpa!

Robert Lee Brewer, the genius behind PAD, began his blog, Poetic Asides, in June of 2007. Since that time, he has shared wit and wisdom with fellow poets and readers, as well as, inspired others to write with great prompts. I have to say, it was his gracious and welcoming manner that gave me the courage to attempt the PAD for 2009.

In Praise of Miss Emily 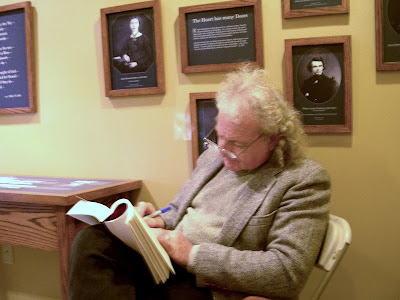 I am fortunate to live in an area of the world that is rich with writers, especially poets. Many of their homes are now national landmarks and/or museums. I have traveled to several of these illustrious, yet humble, places over the years.

Robert Frost's farm in Derry, NH is a typical Yankee farm. It is in the simplicity of being present there that Frost wrote many of his most famous poems.

Writer, Louisa May Alcott's home is open to the public. Not far from the center of town in Concord, MA, it offers guided tours by docents portraying Louisa May, herself!

There are other wonderful sites throughout New England. You can read about several in the Boston area on this site: Historic Homes. I highly recommend taking the time to stop and visit, especially if you have young aspiring writers with you. Seeing how the writers of the past lived, without the modern conveniences we have, is an eye-opener to the young. Being in the actual homes of other writers, for me, brings them int…
Post a Comment
Read more

As many of my readers already know, my love for poetry came by way of my Momma, who often times recited and sometimes read poems to me from the time I was very little. It was her passion that lit the flame for my passion. It was a gift we shared right up until her recent death.

April is National Poetry Month. When I first learned this, several years ago, I thought it was so appropriate. Momma's birthday was April 21. This year, the celebration of Poetry Month will be even more bittersweet.

Throughout the month, I will be posting poems, resources, interviews and links for parents and teachers to use. If just one person finds something beautiful, profound, inspiring, healing or delightful in the post this month, I will have honored Momma is a way that is more than meaningful.

Several years ago while studying for my graduate degree, I created a wiki for poetry - specifically, international poetry. ("A wiki is a c…
3 comments
Read more
More posts