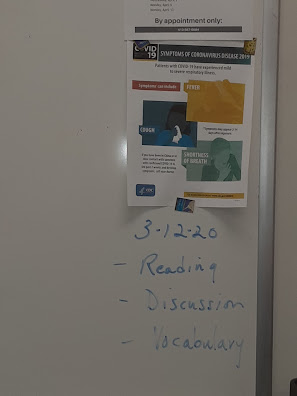 The whiteboard still has the  date of our last day of class. Next week, I will be returning to my classroom to prepare for summer classes.  This will be the first time since March 12, 2020 when I left for the COVID lockdown.  To be honest, I a bit nervious. The time between then and now has been limited to teaching on an 18 inch computer screen, long-distance, with no physical contact.   When I go next week, I will be attempting to create a warm and welcoming room that puts students (and myself) at ease.  The importance of having a space that will encourage learning is as important for adults as it is for children.   So, as I dig out of over two years of time capsuled stuff, please keep us in your prayers. I truly want our summer classes to be filled with joyous learning rather than worry and stress. Vocabulary  and calendar from March of 2020
Post a Comment
Read more 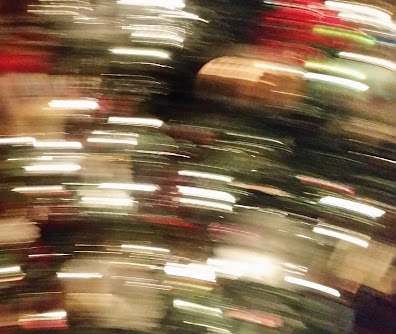 Today in Massachusetts, for the first time, we are legally celebrating Juneteenth. For many people across the state as well as the nation, this is an unfamiliar holiday; however, for many others in our country, this is their long-awaited Independence Day of their ancestors.   On the website of the National Museum of African American History and Culture , we learn, "On “Freedom’s Eve,” or the eve of January 1, 1863, the first Watch Night services took place. On that night, enslaved and free African Americans gathered in churches and private homes all across the country awaiting news that the Emancipation Proclamation had taken effect. At the stroke of midnight, prayers were answered as all enslaved people in Confederate States were declared legally free. Union soldiers, many of whom were black, marched onto plantations and across cities in the south reading small copies of the Emancipation Proclamation spreading the news of freedom in Confederate States. Only through the Thirteent
Post a Comment
Read more
More posts